The Doctor Is In – Sort Of

Looks like Cholly’s getting comfortable with Ben Revere at the top of the lineup.  The media still projects the starting lineup as Rollins leading off and Revere batting second, and I can’t say Jimmy looks comfortable yet in the #2 slot.  But I’d hate to see J-Roll stuck back uncritically in the leadoff spot if his OBP continues to be paltry.  The big news today of course was our starting pitcher.

It was a packed house today that witnessed Doc get hit hard by the Blue Jays.   After a 1-2-3 first inning he struggled, although it was also good to see him work out of a bases loaded jam with two Ks.  Looked to me like he was relying heavily on his breaking stuff, and he is definitely re-inventing himself as a more crafty pitcher.  Be prepared for this year to be an adventure with him, and he’s at best a #3 or #4 in a rotation now.

Doc jogged off the mound to the dugout, pulled by Dubee in the 5th inning after racking up 96 pitches, to polite applause from the fans.  What has to be of most concern to the Phils is that we really only have one dominant starter at this point in Cole Hamels.  The four aces have turned into one ace and a staff of smoke and mirrors.  You never quite know what you’re going to get from the rest of crew behind him.

Good to see Chase go deep today, and a big three run homer from Laynce Nix who has done very little this spring to convince anyone that he is  more than a bench player.  Yet our corner OF situation is so weak that he’ll likely platoon with Mayberry Jr. only by default rather than having played his way into the position.  The emergence of Dom Brown will help offset that, and of course no one other than Ruben Amaro Jr. has any illusions that Delmon Young is going to be an upgrade over either Nix or Mayberry Jr. when and if he steps in to the picture.  Mike Adams and Jonathan Papelbon both looked strong today in their bullpen roles. 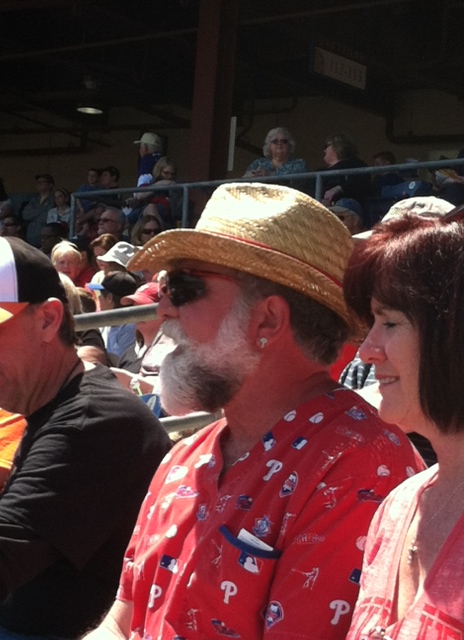 Some interesting looks at the stadium today for the last game of the season.  My favorite was the gent with the Phillies earing,  Takes a real man to hang a P from his ear lobe. 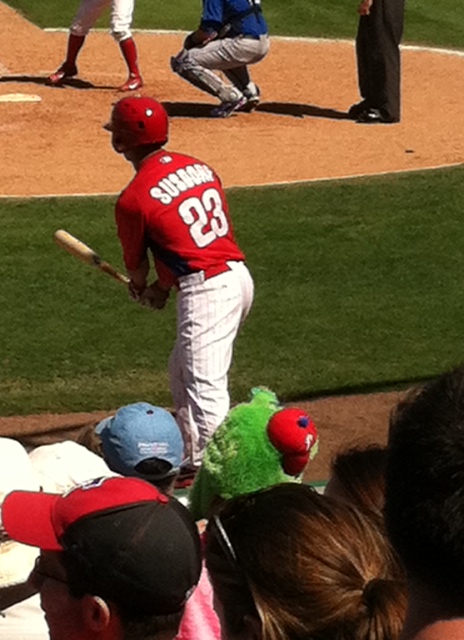 Sometimes spring training affords you a glimpse at a player you wouldn’t see or even have heard of otherwise.  For example, who is #23 Susdorf who came out of the dugout to pinch hit in the bottom of the 8th but didn’t make it beyond the on-deck circle?  I suppose if you’re a Reading Phils or Lehigh Valley Iron Pig fan you might know that Steve Susdorf was a 19th round draft pick from 2008 who projects to be a career minor leaguer.  At age 27, his window is closing, but these are the guys who help fill out a farm system.  Lord knows we have enough underproductive corner OFers to think that he’ll even get a cup of coffee in Philly.  The only reason you’d spot a Susdorf is if you were determined to stay to the end of the game and soak in Sweet Caroline, the stadium’s signature farewell song – so good, so good, so good, so good … and so fitting to declare that the Boys of Spring will become the Boys of Summer.

And with that the fans, many of whom stayed ’til the end today trying to preserve the magic of spring training, made their way from the stadium to wherever life takes them. 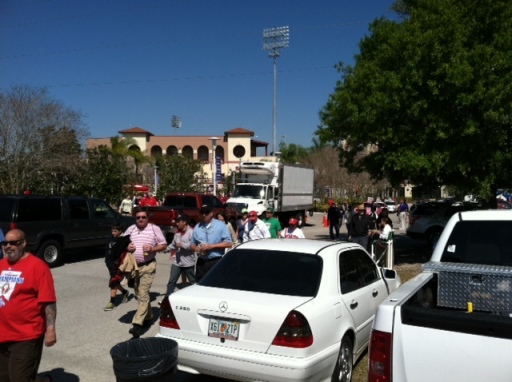 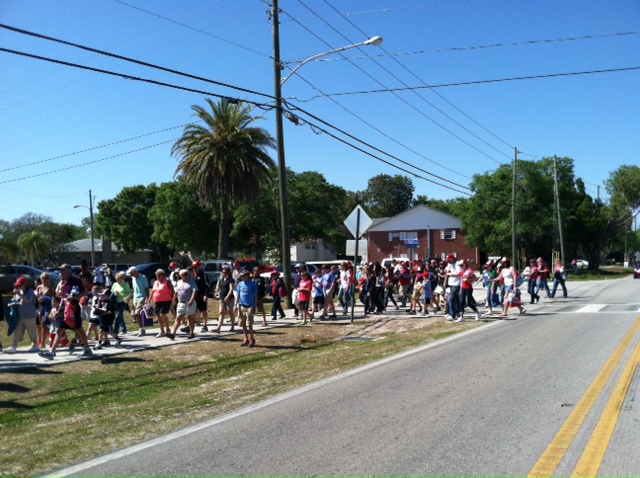 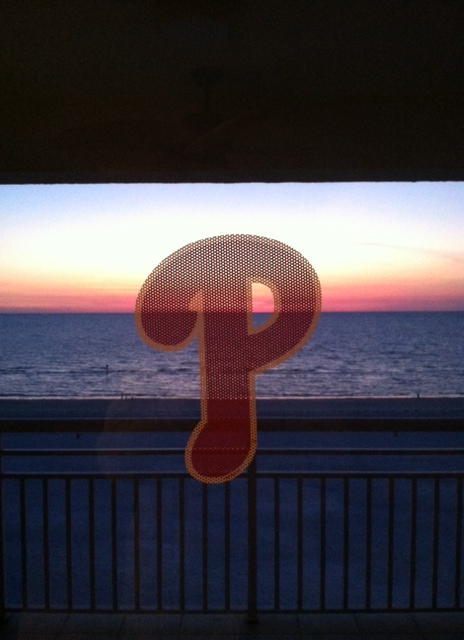 1 Response to The Doctor Is In – Sort Of