To be a Philadelphia sports fan is to expect failure, and to be pleasantly surprised if one’s team reaches (yet alone succeeds in) the post-season. That is simple historical fact, but it also shields fans from the emotional letdown of great expectations. Let’s focus on the nascent baseball season, which always kicks off around Passover time, and begs the question: “Why is this year different than all other years?”

When I grew up with the Phillies in the 1950s, we had two legitimate stars, the speedy singles hitter Richie Ashburn and the complete game rubber armed Robin Roberts. But not much else in the way of talent, and the club’s record showed it. Then in 1964 we caught lightning in a bottle before the bottle exploded. The epic collapse of that team down the stretch taught Phillies fans to take nothing for granted. More years of struggle returned until, in the late ’70s the club had put together enough home grown talent (Boone, Bowa, Luzinski, and Schmidt) together with key acquisitions like Carlton, McGraw, Rose, and Maddox) to field a team that had a nice six or seven year nucleus to make a serious run each year. The team then reverted to another dry spell before catching lightning in a bottle in 1993, the collapse this time occurring in the World Series. It would be another 15 years before the team would make it back to the Series, this time fueled by the formula it had lacked since the late 70s – solid home grown talent spearheaded by Rollins, Utley, Howard, and Hamels.

True to form, this year began with many more questions than answers. Consider the following: 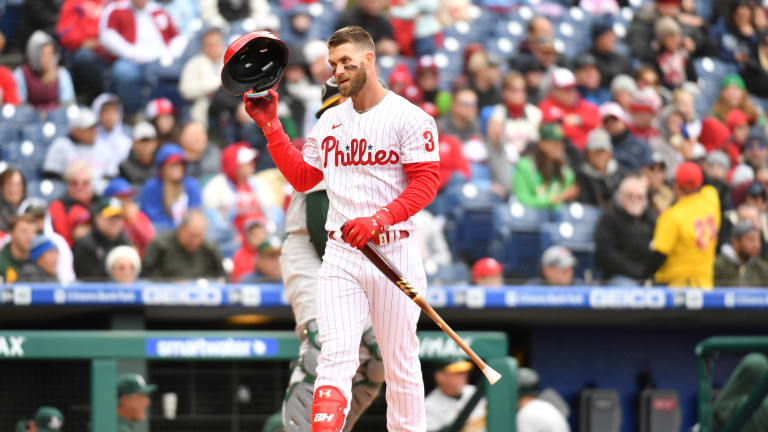 These are just a handful of questions, and we haven’t even mentioned how iffy Didi Gregorius and Rhys Hoskins are. With shaky pitching, this club was apparently put together by Diamond Dave to try and catch lightning in a bottle like 1964 and 1993. It’s what he’s good at, rather than building a club that sustains anything. But after 10 consecutive seasons of mediocrity, Phils’ fans will have little patience for a club that stumbles out of the starting gate. Which is precisely what the Phillies are doing.