A week ago I mentioned that the combined Torah reading for the upcoming Shabbat was the biblical portion occurring on the centennial year of my father’s birth.  This week is another dual portion, and its combined name, “Acharei Mot – Kedoshim”, was one of my father’s favorite witticisms:  ‘Acharei Mot’, after death, ‘Kedoshim’, everyone is considered holy.  He would point out that eulogies typically made it sound like the individual who passed away was entirely pious.  It was considered in poor taste to mention any of the deceased’s  flaws.

When it came time to reflect on my father’s life after he passed away, there was no need to sugar coat his raison d’être.  His life had been a testament to ethics and holiness.  As Rabbi Frand remarks, that is the meaning of observing the Lord’s statutes and judgments as a guide through which to live, as cited in a key passage this week:

In the same chapter we find a verse that appears to be the inverse.  It is an admonition of what happens when one acts in a manner that contaminates the earth rather than nourishes it.

It feels at the moment that the earth is conspiring to expunge us.  In contrast to catastrophic climate events like top-down macroscopic superstorms, the novel coronavirus is spewing out record numbers of humans in bottom-up microscopic fashion.  In exploring the implications of this pandemic, the journalist Jennifer Kahn surveys the chicken and egg situation that we’re in, literally and figuratively.  Are we putting ourselves in a position that facilitates these viruses entering us?

Jennifer cites a podcast in late March “This Week in Virology” hosted by Vincent Racaniello, consisting of an interview with infectious disease expert and researcher at Vanderbilt University, Mark Denison.  If you have an ear for science, it is worth listening to the entire podcast.  One comment stood out in our collective efforts aimed toward solving the puzzle of this and future pandemics.  From an ecological perspective, what are the selective forces that turn COVID-19 into a killer as opposed to a more benign endemic part of our microbiome?  Vincent and Mark agreed that it is a bit like the game show Jeopardy.  The answer is there; we just have to figure out the right question. 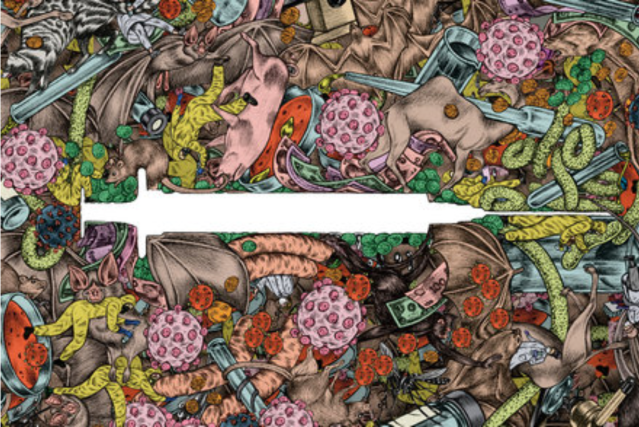