Schwitzgebel on the Lessons of Dreidel

Does one have to be Jewish in order to draw moral lessons from playing the dreidel game on Chanukah?  Not according to Eric Schwitzgebel, whose wife and son are Jewish (but who does not qualify as Jewish according to Adam Sandler).  What qualifies him to philosophize is his professorial status at UC Riverside, and his new book on philosophical misadventures. 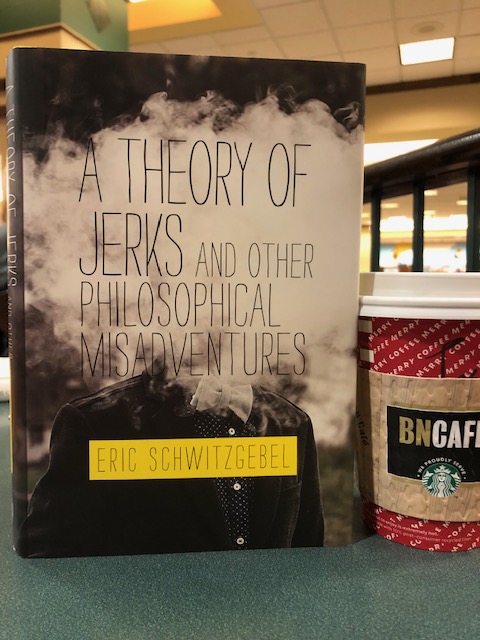 Essay #24 is Dreidel: A Seemingly Foolish Game That Contains the Moral World in Miniature.  It’s worth its weight in chocolate gelt, so consider this as my Chanukah gift to you:

“Superficially, dreidel looks like a simple game of luck, and a badly designed game at that. It lacks balance, clarity, and meaningful strategic choice. From this perspective, its prominence in the modern Hanukkah tradition is puzzling. Why encourage children to spend a holy evening gambling, of all things?

This superficial perspective misses the brilliance of dreidel. Dreidel’s seeming flaws are exactly its virtues. Dreidel is the moral world in miniature.

If you’re unfamiliar with the game, here’s a quick tutorial. You sit in a circle with friends or relatives and take turns spinning a wobbly top, the dreidel. In the center of the circle is a pot of foil-wrapped chocolate coins of varying sizes, to which everyone has contributed from an initial stake of coins they keep in front of them. If, on your turn, the four-sided top lands on the Hebrew letter gimmel, you take the whole pot and everyone needs to contribute again. If it lands on hey, you take half the pot. If it lands on nun, nothing happens. If it lands on shin, you put in one coin. Then the next player spins. 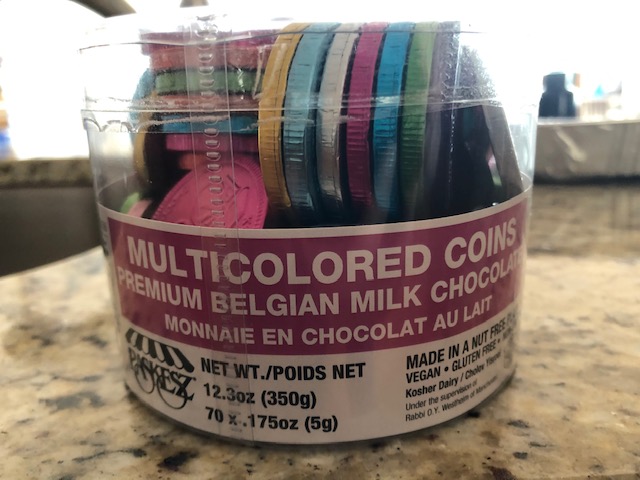 It all sounds very straightforward, until you actually start to play the game. The first odd thing you might notice is that although some of the coins are big and others little, they all count as one coin in the rules of the game. This is inherently unfair, since the big coins contain more chocolate, and you get to eat your stash at the end. To compound the unfairness, there’s never just one dreidel — all players can bring their own — and the dreidels are often biased, favoring different outcomes. (To test this, a few years ago my daughter and I spun a sample of eight dreidels forty times each, recording the outcomes. One particularly cursed dreidel landed on shin an incredible 27 out of 40 times.) It matters a lot which dreidel you spin.

And the rules are a mess! No one agrees whether you should round up or round down with hey. No one agrees when the game should end or under what conditions, if the pot is low after a hey, everyone should contribute again. No one agrees on how many coins each player should start with or whether you should let people borrow coins if they run out. You could try appealing to various authorities on the internet, but in my experience people prefer to argue and employ varying house rules. Some people hoard their coins and their favorite dreidels. Others share dreidels but not coins. Some people slowly unwrap and eat their coins while playing, then beg and borrow from wealthy neighbors when their luck sours.

Now you can, if you want, always push things to your advantage — always contribute the smallest coins in your stash, always withdraw the largest coins in the pot when you spin hey, insist on always using the “best” dreidel, always argue for rules interpretations in your favor, eat your big coins then use that as a further excuse to contribute only little ones, and so forth. You can do all this without ever breaking the rules, and you’ll probably win the most chocolate as a result.

But here’s the twist and what makes the game so brilliant: The chocolate isn’t very good. After eating a few coins, the pleasure gained from further coins is minimal. As a result, almost all of the children learn that they would rather be kind and generous than hoard the most coins. The pleasure of the chocolate doesn’t outweigh the yucky feeling of being a stingy, argumentative jerk. After a few turns of maybe pushing only small coins into the pot, you decide you should put in a big coin next time, just to be fair to the others and to enjoy being perceived as fair by them.

Of course, it also feels bad always to be the most generous one, always to put in big, take out small, always to let others win the rules arguments, and so forth, to play the sucker or self-sacrificing saint. Dreidel, then, is a practical lesson in discovering the value of fairness both to oneself and to others, in a context in which the rules are unclear, there are norm violations that aren’t rules violations, and both norms and rules are negotiable, varying by occasion — just like life itself, only with mediocre chocolate at stake. I can imagine no better way to spend a holy evening.”