No Tim Taboo in the lineup last night, much to the chagrin of the Tebow retiree power couple front row and center behind the Scottsdale dugout (might Tim have already been in transit to his weekend broadcasting gig?) but even without him in the lineup the Scorpions managed to beat the Salt River Rafters in front of an announced crowd of 862 on a balmy 86 degree evening to break a losing streak and up their record to 3-6. 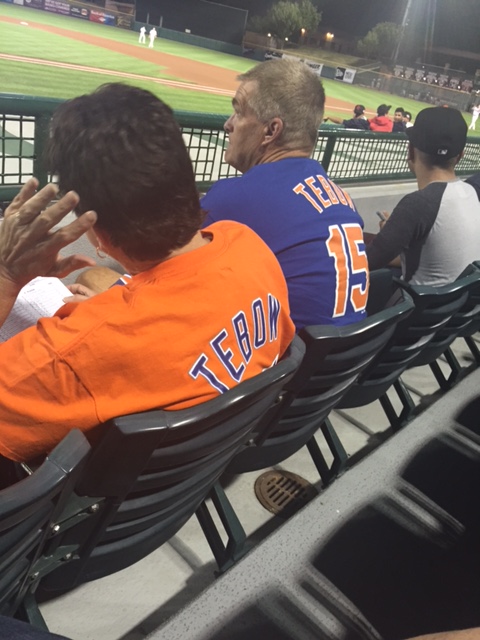 The Phillies were well represented, comprising the right half of the infield with Mitch Walding starting at first base and Scott Kingery at second.

Walding and Kingery acquitted themselves well, with Mitch having another two hit night and adding a walk to push his average to .316 and his OBP to .381, and Scott going one for three with a walk.  Downtown Aaron Brown didn’t manage a hit, but looked great in the on deck circle. 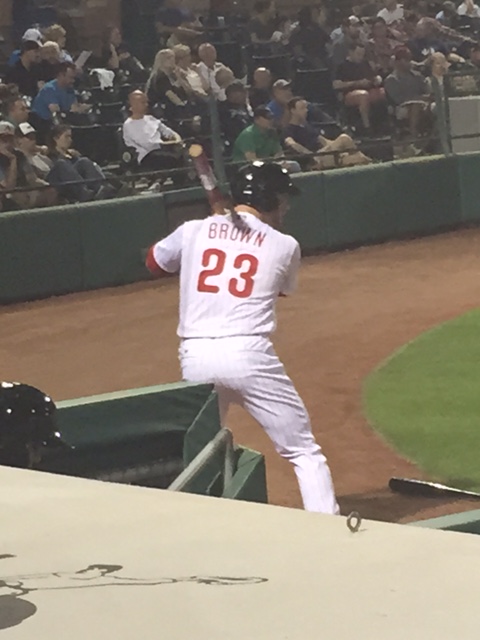 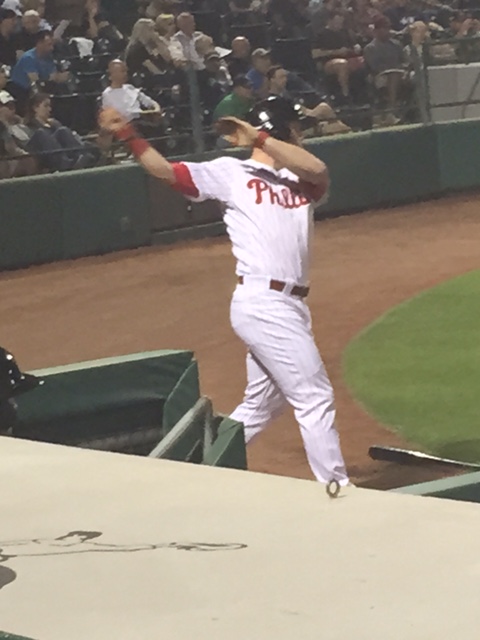 MLB’s pace of game initiatives with clock times began as an experiment in the Arizona Fall League a few years ago, and this year the clock on pitchers has been sped up from 20 seconds to 15 seconds between pitches.  The pitchers have also been instructed not to leave  the dirt area of the mound between pitches, much as batters aren’t supposed to step out of the box.  Although the rules are only loosely enforced, I do notice more serious onlookers this year, such as this fan with plenty of extra sharpened pencils for note-taking.

Despite the fact that the Fall League is a proving ground when it comes to experimentation with rules, they haven’t yet extended the netting beyond the home plate area down the lines to protect fans from foul balls and flying bats.  So we had to remain vigilant when Greg Bird, the rehabbing Yankee hit a ball that was snagged by one of the coaches in the dugout as it made a beeline for our heads without Steve Cooper here yet to yell: “Watch out, Miriam!”