The Villanova Wildcats are a basketball team of students who play for a Roman Catholic University located  12 miles West of Center City Philly.  Philadelphia is so starved for sports teams with success that the City’s fans follow “The Big Five” college teams as if they were  pro teams.  Which means that the reality of Villanova competing for the NCAA championship last night barely had enough time to set in after their stunning record-setting margin of victory over Oklahoma in the Final Four just two days before.

I, along with many other fans and pundits, admire the culture that Coach Jay Wright has built at Villanova.  Any of us who manage an entity involving people who work together for the success of a program know the importance of group chemistry; of the self-sacrifice for the common good.  It’s a lofty goal, and by definition relatively few exprience the competitive success of being among the elite in their calling.  But that is what Villanova has become, and although I’ve given up predicting the future, I’d say that Jay Wright’s formula will continue to engender success even though he remains stoic and humble in interviews.  Which brings me to the last 13 seconds of the NCAA championship game last night.

In a post-game interview Jay Wright noted that he told his team during this timeout, up 74-71, that they had to stop the 3 point shot.  Their man-in-the-middle, Daniel Ochefu, lunged at Marcus Paige who in fact double-clutched an improbably three-pointer that tied the game.  Michael Jordan was the face of Tar Heel alumni everywhere going wild.  With 4.7 seconds left in regulation, surely the game would go into overtime where a date with the trophy awaited coach Roy Williams for a third time.  But Destiny is a fickle mistress. 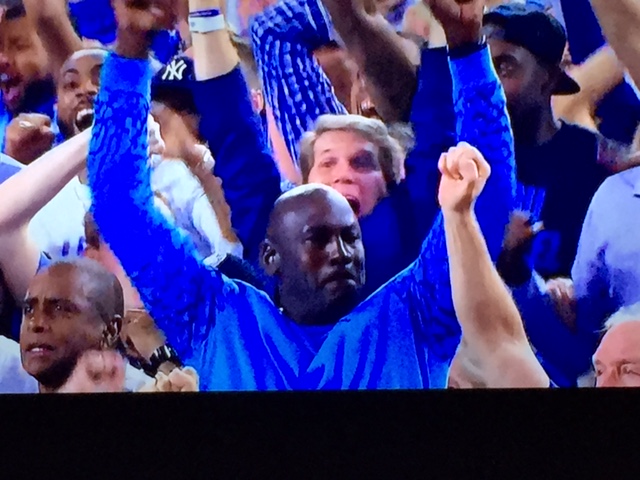 Senior leader Daniel Ochefu knew that when Kris Jenkins would inbound the ball to fellow senior Ryan Arcidicano, the floor that he had just moisturized with his sliding sweat had to be dry to assure The Arch good footing.  So in an unprecedented move he took to mopping the floor himself.

The Wildcats then huddled around Wright again, hearing the code for a play they had practiced until they could do it in their sleep.  Arcidiacano takes the inbounds pass from Jenkins, drives the floor past Ochefu seeting a screen, and either finds Josh Hart coming clean off another screen, or Jenkins trailing him for a three.  The Arch has to make a split-second decision which, if no one is free, might even require him not to dish and go for the swish.  But Jenkins was in perfect position, and the rest is a finish that will go down in NCAA history as one of the greatest endings to a championship game. 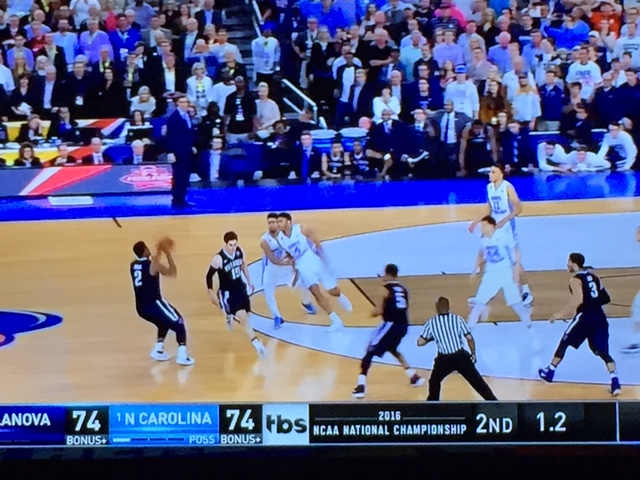 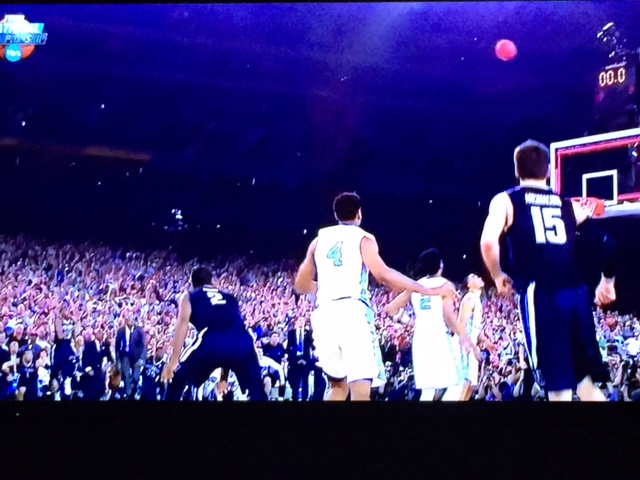 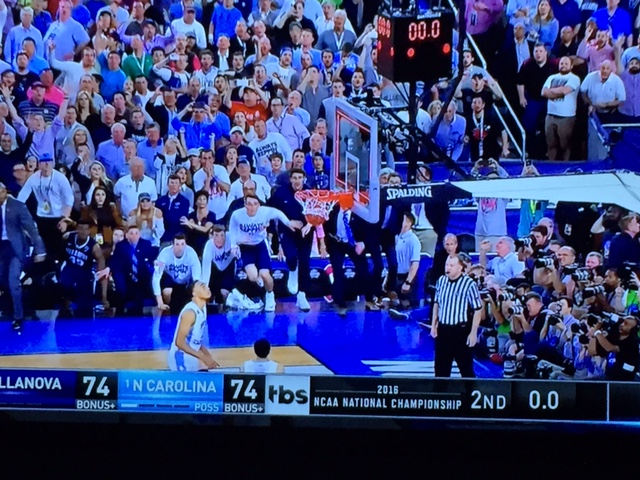 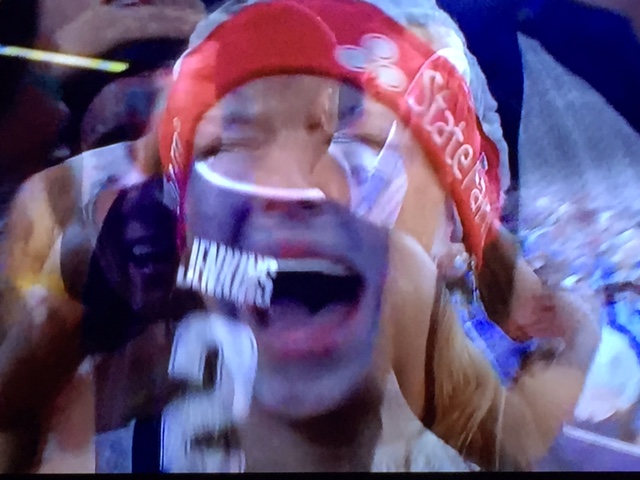 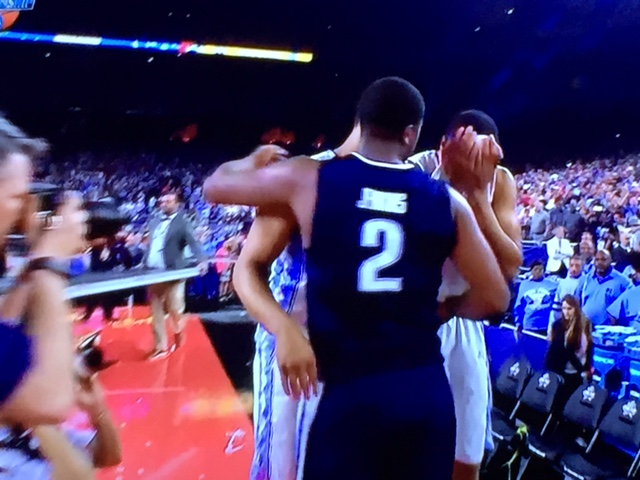 There are backstories aplenty to this already storied championship game, perhaps none more poignant than the saga of ‘Nova’s Kris Jenkins UNC’s Nate Britt.  But above all is the story of the winning culture that Jay Wright has built and life lessons for these young men.  For instead of  a single superstar who puts a team on his back, Villanova created a team of stars with interchangeable shoulders.  On the morning after, this relatively small school nestled on the Main Line has made Philly (in fact has made the entire sports world) proud. 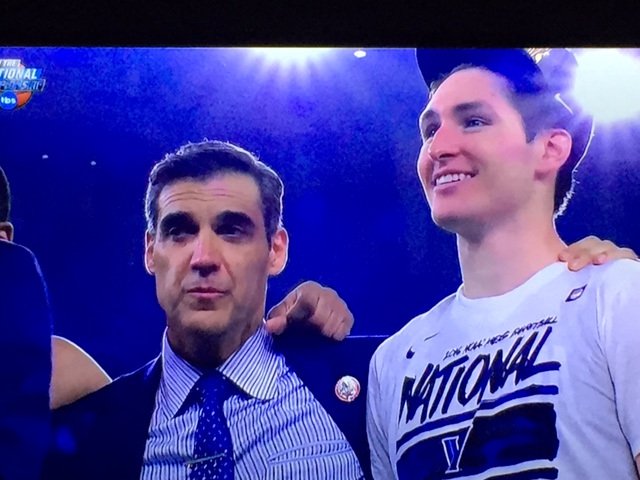 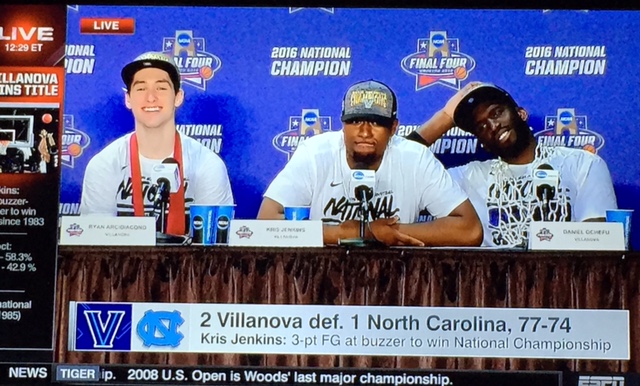 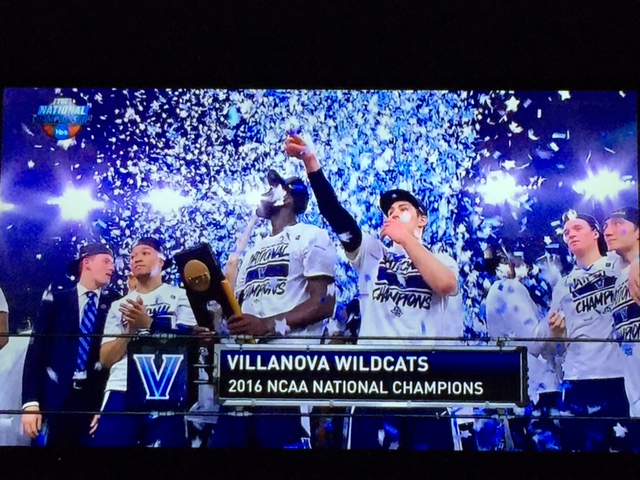