Fox Conner – What’s In A Name?

Each morning in our office we have a team meeting to review upcoming highlights of the day.  On Monday of this week we noted that a young child who was due in as a new patient had the interesting name of Fox Conner, and emphasized that Conner was his last name, not his first.  Although it should have been easy to remember (as a first name it would typically be spelled Connor), sure enough when I came into the exam room to greet this sweet boy I said: “Hi Conner!”  His mother corrected me, quickly adding that it happens all the time.  I wondered aloud that she must frequently be asked how she came up with the first name “Fox” – and she humbly filled me in on her husband’s family’s famous military history. 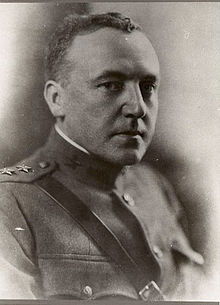 As recorded in the National Museum of the United States Army, when General Dwight D. Eisenhower was asked who the greatest American soldier was that he knew, he didn’t answer that it was Pershing, or MacArthur, Marshall or Bradley, Patton or Smith – each of whom he worked closely with.  His answer was an understated fellow graduate of West Point, Major General Fox Conner — the great, great grandfather of my little patient, Fox Conner.  As Fox’s mother and I were chatting about Fox’s career and his mentorship of Eisenhower, I proudly invited her into my conference room to show her the picture of my son, Elliot, as a Cadet at West Point.  I’ve always said during and after our experiences as a West Point family that every American should be required to visit there at least once to soak in its rich history.  After learning about Major General Fox Conner I was almost embarrassed that I wasn’t aware of his legacy.

I held a conference last night with Fox’s parents to review my findings, and his father was kind enough to share with me several personal letters to Major General Fox Conner from his collection that he gave me his blessing to include in this blog. 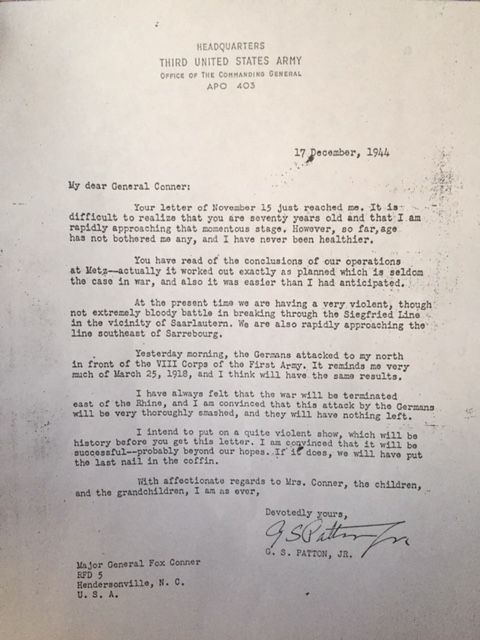 Major General Conner’s father served in the Confederate Army and was blinded at the Battle of Shiloh in 1862. In spite of this, or perhaps because of his father’s bravery, Fox dreamed of becoming a soldier from a young age. He graduated from West Point in 1898 and was commissioned in the artillery.

After meeting his sweet family I wanted to learn as much as I could about Major General Conner – fluent in French and Spanish, the idol of luminaries such as Patton, Pershing, and Eisenhower, and a man credited with perfecting the art of mentorship.  Many personal facts, such as the derivation of his unusual first name from his mother’s maiden name, are available online.  I browsed this morning, and found a book that I can’t wait to read. 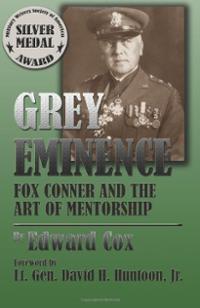 Fox and his younger brother Robert came along for the ride yesterday while I was meeting with his parents.  It was the end of the day, and the rest of my staff had left because I was so enraptured by the family history that I lost track of time.  When I came out to the reception area with his parents, Fox was playing quietly with his younger brother.  I asked him what he thought he wanted to be when he got older and he said “either a solider or a rock star, but probably a rock star”.  There’s still plenty of time …

6 Responses to Fox Conner – What’s In A Name?