Take Me Out To The Ballgame … 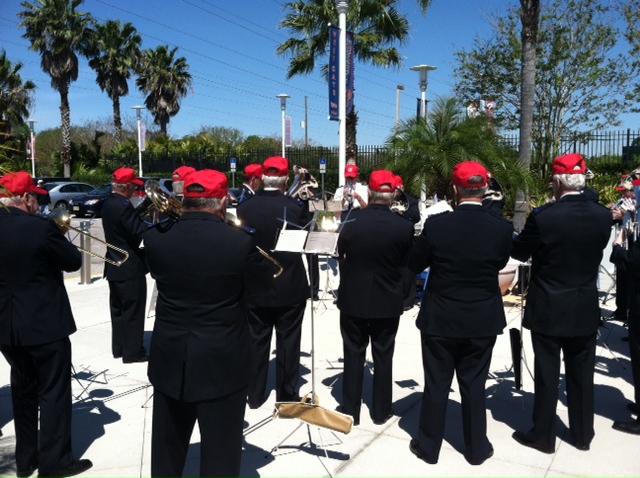 No, that’s not the Phillies starting eight practicing before game time.  That’s the Salvation Army Band warming up before playing the National Anthem.  One guy for whom Salvation did not come is Bobby Abreu, pictured below stretching out before the game.  His ABs were pedestrian today and he flubbed a couple of plays in the outfield, so that ends the comeback for Bobby as the Phils officially cut ties with him this afternoon.  I was pulling for him nostalgically, but baseball isn’t kind to 40 year-olds who sit out of the game for a year.

It was a busy pre-game agenda at the field today.  The Special Operations Command Parachute Team (SOCOM) sailed in to the applause of the crowd.  Three soldiers parachuted in, one with a Phillies flag to honor the team; one with a flag to honor all personnel currently serving; and one to honor those Missing In Action. 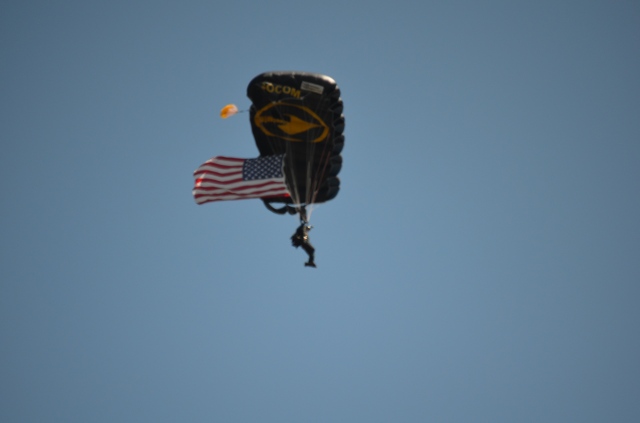 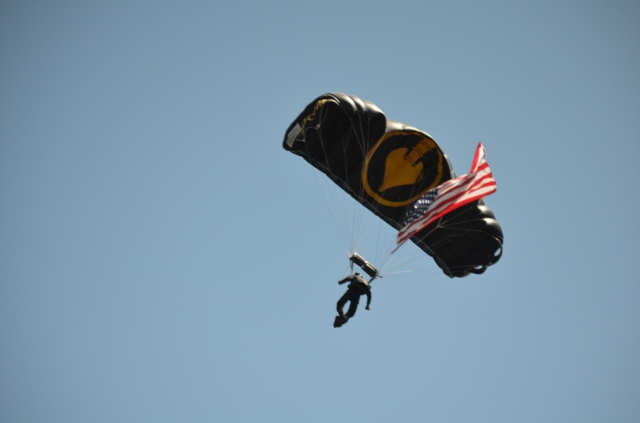 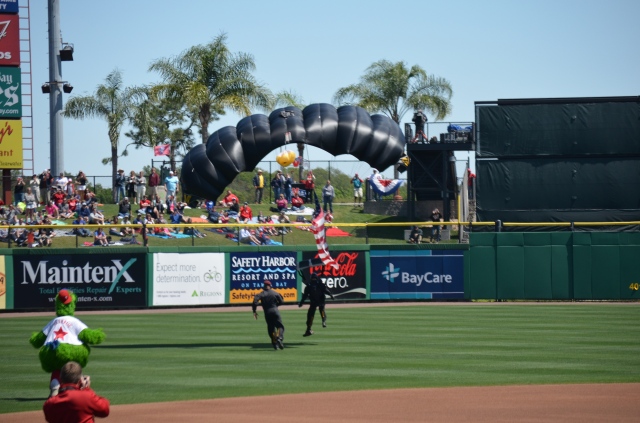 Prior to the Anthem, the Phils held an of-field ceremony to honor their minor league player of the year and the John Vukovich Award for the staffer who most embodied the traditions represented by Vuke, which is how to play the game right.  It was nice that when Monty and Rube were introduced they received polite applause.  Spring training generally does bring out the soft side of fans. 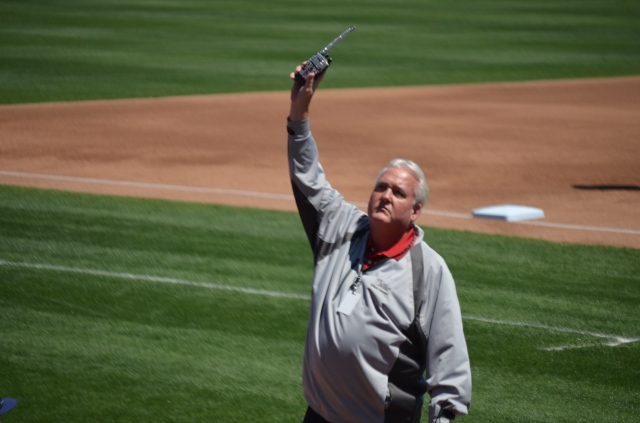 Lots of Tigers fans in the stands this afternoon, and we had Tiger Mom herself sitting next to Miriam doing some serious Detroit stylin’ with orange painted nails on fingers and toes sucking hard on that Tootsie Pop with Lemonade-Just-Like-Your-Grandmother-Made close at hand. 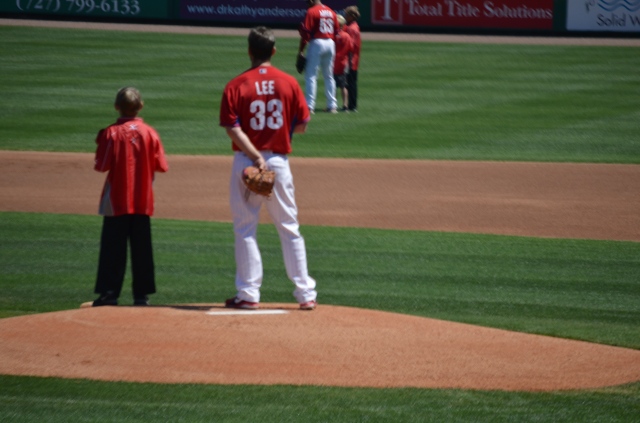 Here’s another ritual for you.  When Cliff comes off the mound and heads back to the dugout, he gives his catcher a little fist bump.  Doesn’t matter if it’s Choooooch, Cameron Rupp, or Will Nieves as it was today.

If Miriam’s grandmother were alive, she’d probably ask: “Is that all you have to think about?”  Not really, Oma.  What I’m thinking about it how a Zen Master on the Mound like Cliff Lee has really perfected the art of wu-wei as described in a new book by Edward Slingerland … but more on that another day. 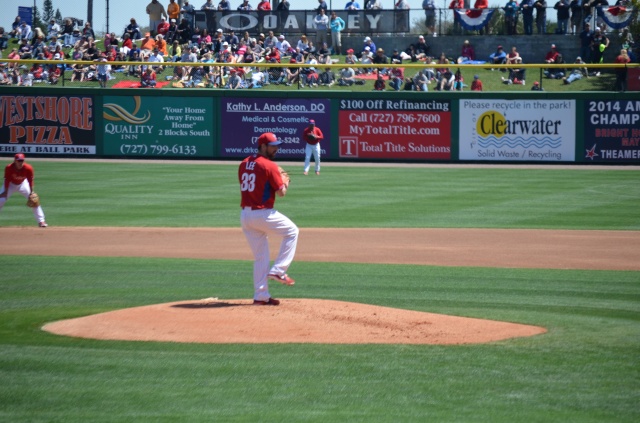 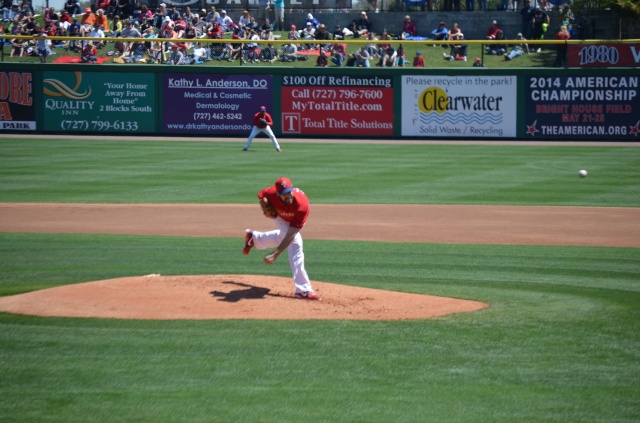 Although the Tigers only scored one run in the 1-0 victory, they managed 10 hits to the Phils’ 2.  A lot of that had to do with how good Justin Verlander is.  His motion has as much poetry and wu-wei as Cliff’s. 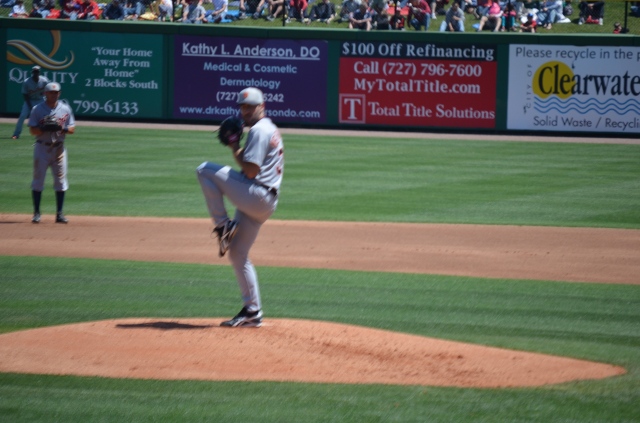 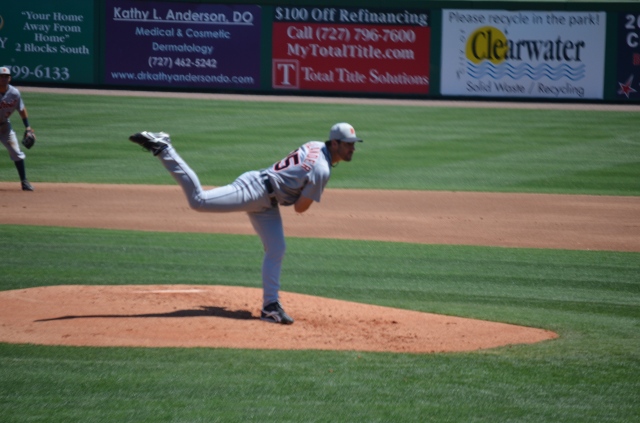 Well … only one day left to Florida Spring Training, The Diamond Outfitters, and hoping that the Phillies aren’t toast this year.

4 Responses to Take Me Out To The Ballgame …