Revisiting Logan in the Flesh – Part 1

Earlier this year I was contacted by a representative of The Pew Charitable Trusts.  The PCT is an independent non-profit representing the heart of Philadelphia civics and philanthropy.  Seems the blog series I wrote on Revisiting Logan in My Mind and they decided to include me in a feature they were planning on the fate of the middle class in select Philadelphia neighborhoods from 1970 onward.

I went back to Philly for photo shoot with Peter, their Washington, D.C. based photographer, as coordinated by Susan Warner.  Sue and Peter were delightful to work with, and I had a strange sense of calm tinged with regret over what had become of the old neighborhood where I was born and raised.   Here is part one of the visit.

Heading West on Wyoming toward 9th St., the razed houses giving a pastoral view more pleasant than I anticipated.  All of the houses south of Louden and north of Courtland between 7th and 11th were condemned due to the marsh on which Logan was built sinking. 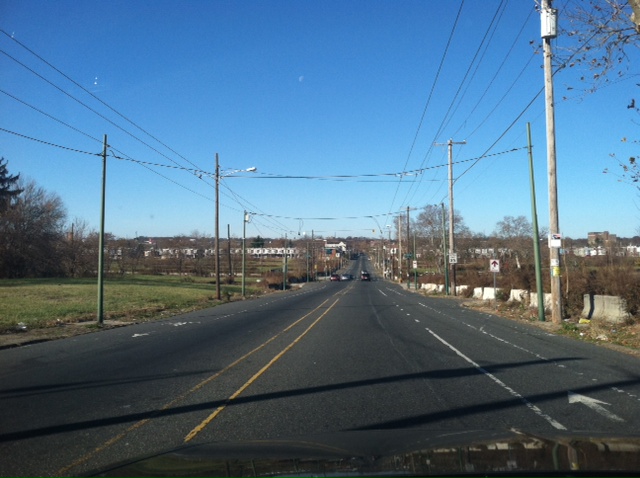 After turning right on 9th to head north toward Louden, a glance to the left reveals the land vacated to perpetuity. 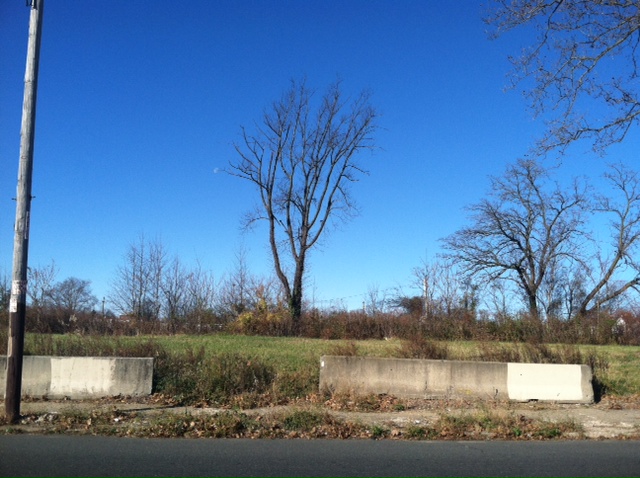 Yet to the right, facing eastward on 9th there is one house still standing, as if in defiance.

9th St. has remained the only north/south through street spanning the length of Logan.  Here we turn left on 9th St. as we head north, the familiar sight of a retail store on the lower level of a residence on the northwest corner. 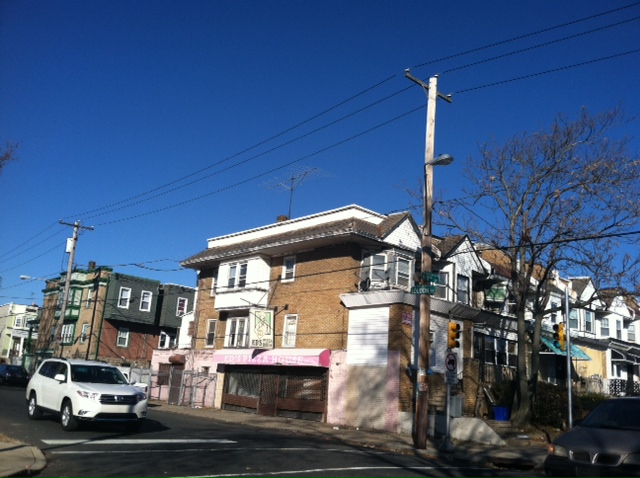 My first glimpse of “The Hutch”, Logan’s version of an eatery/hangout sporting a counter with four or five barstool chairs serving food cooked enough to warrant vents emitting steam that I can still see and smell.  Penny Lane is in my ears and in my eyes, here beneath the blue urban skies. 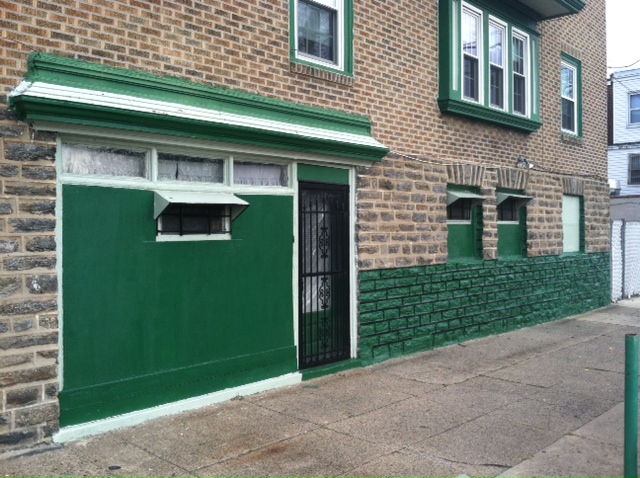 The beauty with which the exterior of The Hutch has been maintained is in stark contrast with the 4700 block of Hutchinson across the street, a blank look on its sur-face. 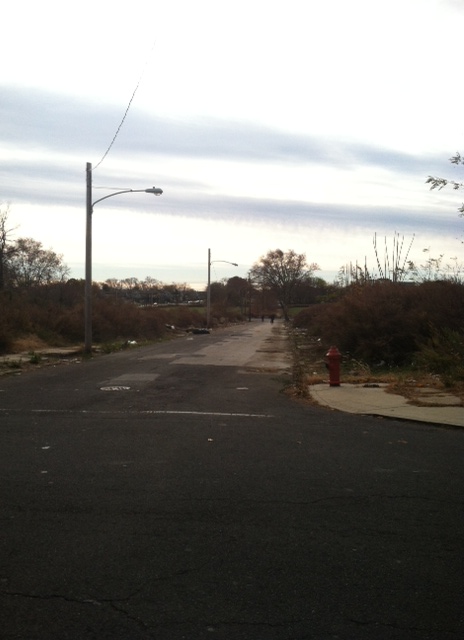 Continuing west on Louden past Hutchinson toward 10th.

I’m startled approaching 10th and Louden, disoriented by the absence of homes to the left.

Arrival to the northwest corner of 10th and Louden, officially 4800 N. 10th Street.  The front steps led to my father’s office waiting room, my parents’ bedroom directly above it.  The steps also served as a stoop of sorts on which some sat as they waited for the “C” bus to proceed south and turn left on Wyoming Ave, a route that is no more.

The view north on 10th Street, the vine in the front yard still looking lush.

The hedges on the side yard adorning Louden still look good; how I recall manicuring them 50 years ago.

The green shingles look the same way they did all those years ago, the demarcation that housed our tiny kitchen abutting the back yard.

Peter surveys the view from the back porch.

Note the two black poles extending upward from the gate, still in place where they were over 60 years ago, as my mother or grandmother strung clothesline rope to hang bedsheets or towels with clothespins out to dry when the weather was beautiful. 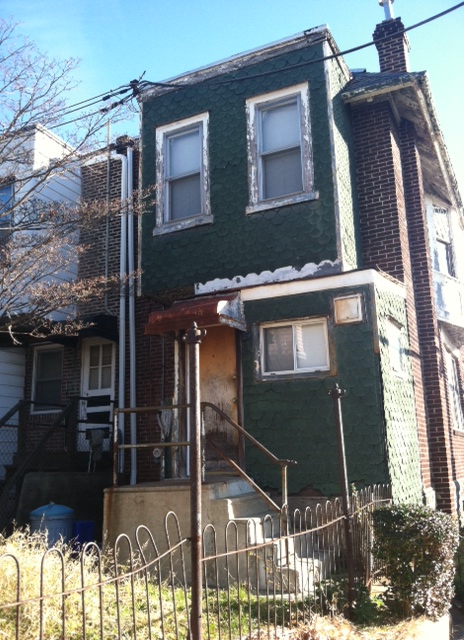 Peter takes a short walk up the alleyway, separating the back yards of the houses on 10th Street from those on Warnock Street to the west, reminiscent of the walk of the utensil sharpening and second hand clothes barkers in the days when knives were only used for eating food in the neighborhood.

The alleyway is overgrown with shrubbery now, and the tall fences impede the view as well, but memories are still fresh of the free passageway it afforded.  There were occasional dogs to dodge – mostly from the Warnock side – who didn’t seem to grasp that the alley was public domain and not an extension of their yard. 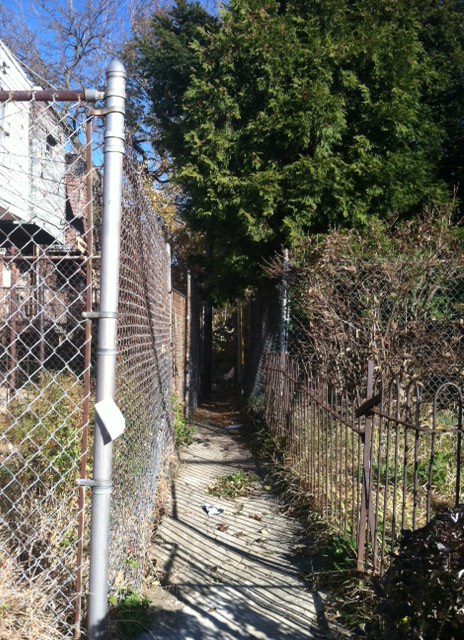 Turning around at the foot of the alley and facing south, I work to bring back the driveway across the street to mind.  I have to explain to Peter and Sue that this is where on cold winter days with snow in place I’d look both ways before launching myself on a sled across Louden street to the dip in the pavement signifying the downward slalom of the driveway.  Sue notes wryly that the downward slope that made sledding fun was the sinking marsh we didn’t know of in this days that led to the houses bordering the driveway being condemned.

After finishing the backyard shoot we return to the corner of 10th and Louden, knowing full well that most of the shots Peter takes will wind up on the cutting room floor, mirroring the ultimate fate of the my memories. 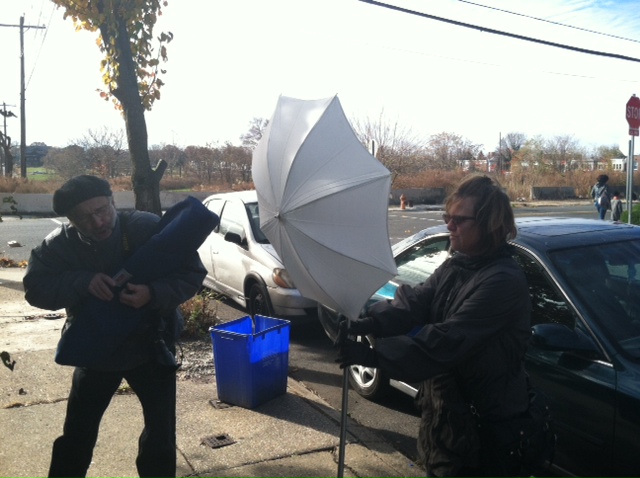 18 Responses to Revisiting Logan in the Flesh – Part 1