Collier One Step Closer to the Bigs

Nice news that Zach Collier was added to the Phillies 40 man roster, almost guaranteeing that we’ll see him in early spring training.  Collier looked impressive, as I blogged about a couple of weeks ago, and the Phils’ brass has taken notice.  Nice interview here with Collier on Philles Nation.

Speaking of Spring Training, the Phils will be staring early this year, on February 23, starting a string of 17 home games and 16 away with two days off.  Bliss on Clearwater Beach usually begins with an exhibition game against Florida State College at Bright House (a chance to see Buster Posey, this year’s NL MVP, as a college player just a few years ago), but the jammed schedule this year with only two days off has apparently displaced that game.  Instead we’re getting the Dominican Republic as part of the World Baseball Classic visiting Clearwater on March 5.

Because of the early start this year, Pitchers and Catchers report a few days earlier, on February 12 for Spring Training in 2013, to Carpenters Complex.  I can feel the warmth already! 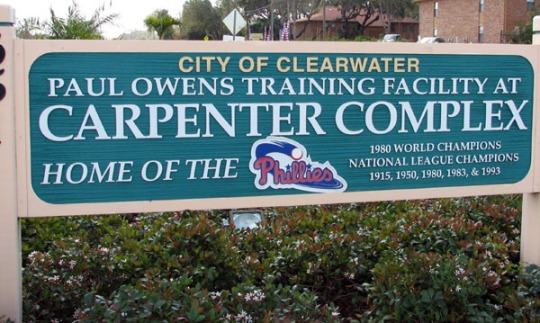 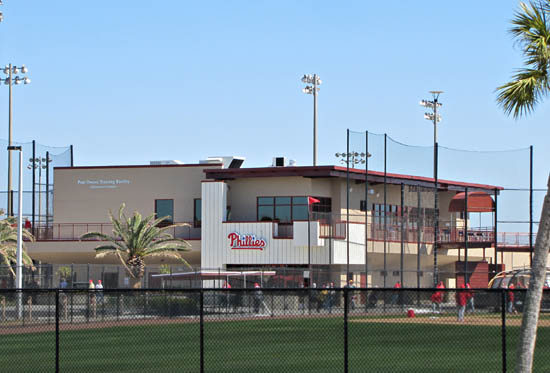 2 Responses to Collier One Step Closer to the Bigs