The Way The Ball Bounces 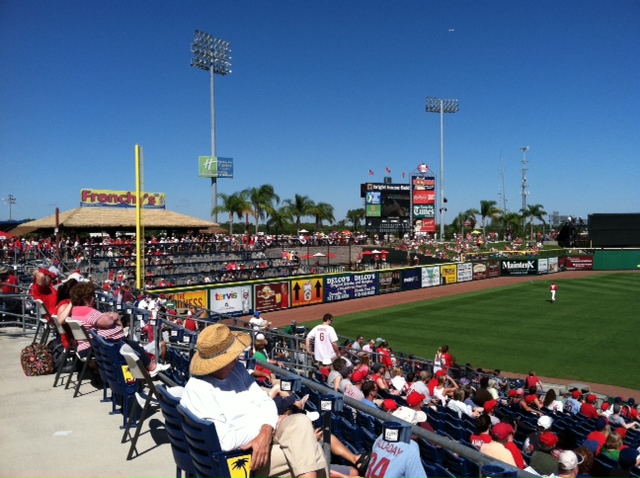 What a beautiful day at Bright House, sun surrounding the stadium at a 360 degree angle with not a cloud in sight.  The Sawx were in the (Bright) House, and Nick Punto led off the game, which reminded me of how Utley and Punto came up in the Phils system around the same time.  Here is Punto still playing hard, but as mediocre as ever, while Utley the superstar is hardly playing with his lower body devolving into a shell of his former self.  That’s the way the ball bounces sometimes. 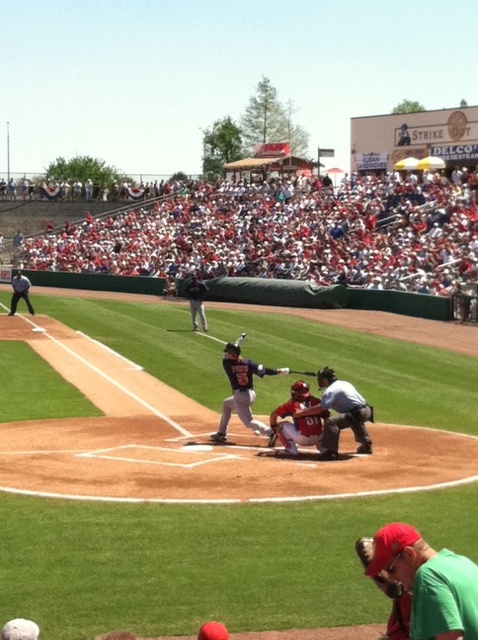 It promised to be an exciting afternoon.  The game was broadcast on ESPN, and there was a little bit of electricity in the crowd.  Lots of Sox fans surrounded us – even a mixed couple directly in front of us, though dad’s influence on their two boys won out. 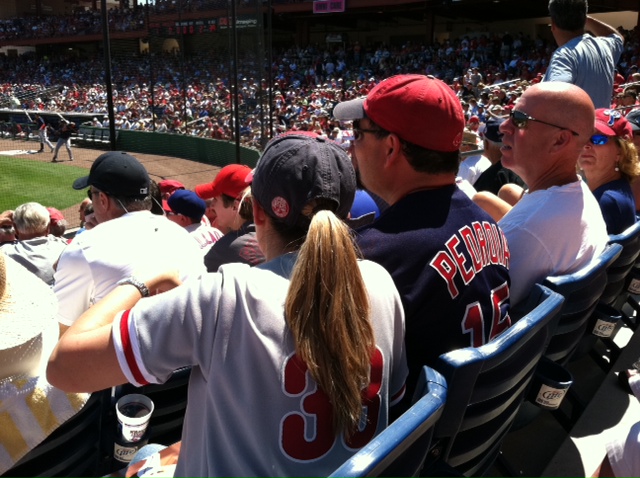 It was a hot day, which made for some interesting adaptations for fans to either stay in the shade, or wrap themselves in sun shielding towels.  This female fan has to take the cake for cover-ups.

No amount of covering up would shield the fact that today’s Phillies starter, Joe Blanton, was very hittable.  The Sox teed off on poor Joe for 2 HRs and 5 earned runs over 5 innings.  On three of his five innings he hung his head as he walked from the field. 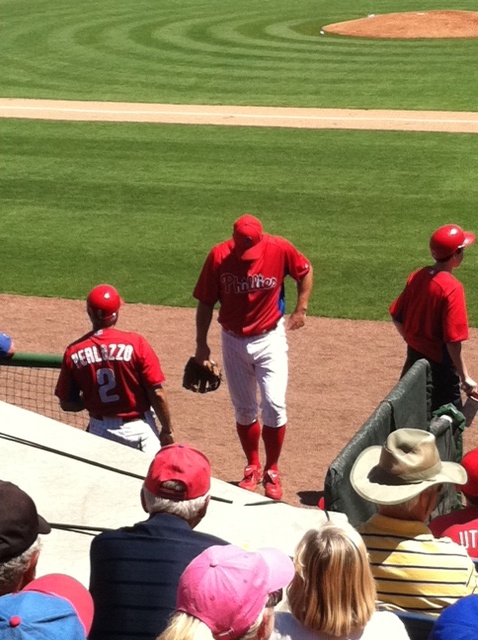 Why was Joe so ineffective today?  Rumor has it that he was at the CVS on N. Mandalay Avenue after 10 PM last night, rabble rousing with some buddies.  That rumor can’t be confirmed, but it’s on pretty good authority. 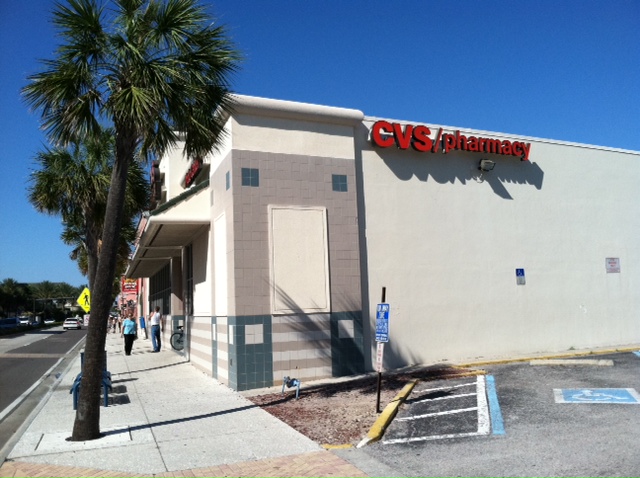 They say Spring Training doesn’t count for much, but Charlie Manuel is a big believer in players not being able to turn on offense like a spigot.  So if Spring Training has been a good showcase for Freddy Galvis to prove that he can play second base, it has also showcased the most boring offense in the state of Florida.  Supposedly the Phillies were going to be a team that is more selective at the plate, and excel in situational hitting once runners got on base.  So far I haven’t seen it, but it’s too early to draw conclusions, isn’t it?