By now you’ve surely heard of Silly Bandz, the rubber band-like wrist bracelets that were all the craze this spring and into the early summer.  They became so popular with kids (or is it kidz?) that they were banned by many schools because they were serving as a distraction.

So if you’ve not been tuned in to the craze, here’s what they are as modeled by one of my granddaughters at her kindergarten graduation (her school had not yet banned the bandz). 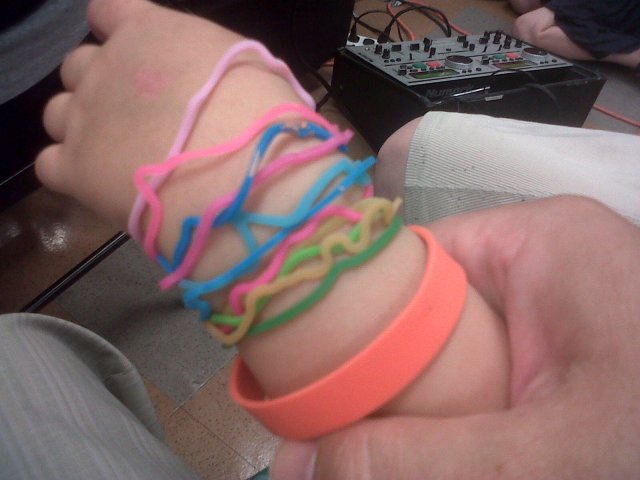 So what’s the big deal?  When I first took a look at her wrist, the bandz frankly looked like multicolored pasta.  I couldn’t tell one band from another.  But then she took them off and showed me all the cute variations.  There are animal bandz, and sea creature bandz, and musical instrument bandz — goodness, there are even not-so-silly bandz that have quasi educational value, such as alphabet bandz. 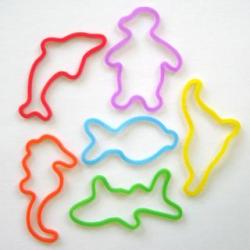 And of course, never to miss a merchandising opportunity, sports teams have jumped into the fray.  So now we have Silly Phillies Bandz. 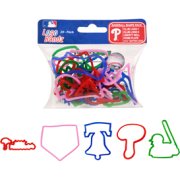 So if all this is such good fun, why would they be banned from schools?  Look at the redeeming social values.  The packages of bandz are relatively inexpensive, so there’s isn’t much incentive to swipe them.  Instead, children typically swap them, and children have even been sighted acting magnanimously.  Some creative teachers have found ways to turn them into teaching points, such as figuring out the math of how many bandz to re-distribute so that children who are swapping will have equal quantities.  Others may use them to create attributes, sorting sets by colors or shapes.

But alas, it turns out that the little bandz create quite a distraction for many kids.  They become play objects in class, and compete with the teacher for a child’s attention.  Let’s face it – maintaining a child’s attention in class is challenging enough without any new attention deficit devices.  There is just so much creativity one can apply in turning bandz into lesson plans.  And despite their relatively low cost, not all children can afford them.  Teachers can’t be expected to be mediators in the battles of the bandz.

Oh well, if it isn’t this, it’ll be something else.  In fact, over the summer, my granddaughter has been working on the next kids’ fad.  She understands that it has to be something that comes in multiples, and that you can wear.  Let’s see — the buttons for Crocs came and went.  Perhaps the next fad will be something that schools won’t have to ban because kids won’t wear them indoors.  Hmm … what kind of new look can we come up with? 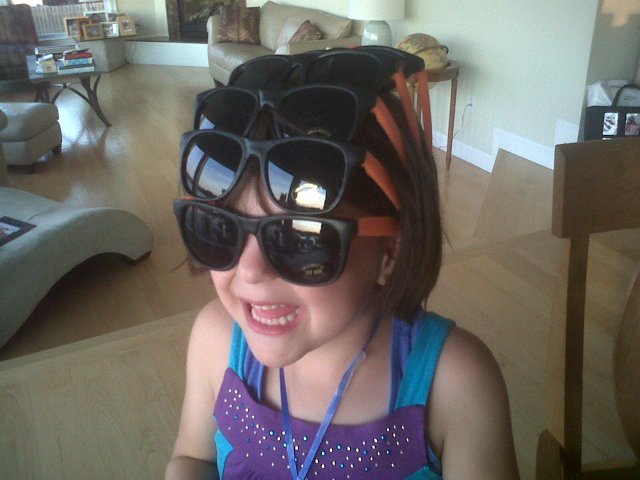