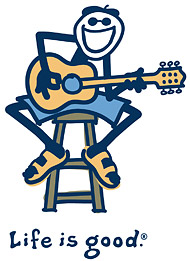 In July 2008 about 30,000 people gathered on Boston Common to celebrate the “Life is good” symbol.  The festival was a tribute to the line of T-shirts and other products featuring a stick figure with a French beret and infectious smile.

People at the Festival were quoted as saying things like “I think the happiest people alive are the ones who are happy with the simple things”.  The company that owns the symbol exhibits the kind of social consciousness associated with businesses in the upper Northeast, giving a percentage of its profits to support the Life is good Kids Foundation, established to help children facing unfair challenges.

I once knew a real life stick figure with upper Northeastern roots and an infectious smile, and his name was Richard Favreau. 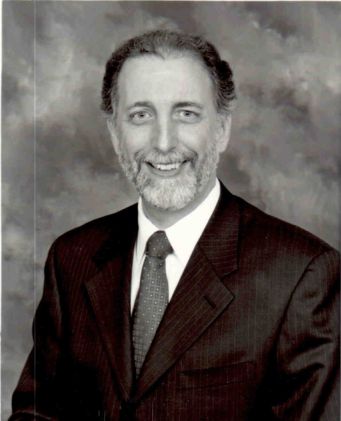 I first met Rich when he was a teaching assistant in the contact lens laboratory of the graduate school we attended, the Pennsylvania College of Optometry.  Rich was two years ahead of me, and had not yet acquired the title of Dr. Favreau, but it was obvious to those of us under his tutelage that he was a very special individual.  I decided then and there that when I grew up, I wanted to be just like Rich.

Dr. Favreau and I found one another as colleagues again when I opened a practice in New Jersey, and became involved with the Board of Directors of the New Jersey Society of Optometric Physicians.  He was precisely my image of what he would be as a professional and, much as I had in graduate school, I once again attached my boat to his sails.   Rich never steered me wrong, and I received incredibly good words of advice and encouragement from him.  He taught me the essence of mentoring, before the word was popular.  His profession was good to Rich, and he re-paid the favors in kind.

Family life and faith were the cornerstones of Rich’s existence on earth.  He and Portia were fixtures in the Parish Community of Blessed Kateri in Sparta, New Jersey, and enriched all those who came into contact with them.  Miriam and I marveled at how well they complemented one another.

Out of the blue, sarcoma came calling and robbed Rich of limb but never of spirit.  As he mentored colleagues professionally, he would mentor those with cancer, giving them hope, inspiration and courage.  Rich was a warrior, and somehow maintained his sense of humor and optimism in the face of adversity.  He seemed to draw strength from the strength that others took from him.  A colleague who visited with him in his final days remarked:

As always, he makes seeing him easy with no anger about his illness or blame or remorse.  He was in good spirits but he was resigned to the fact that his fight was over.

Rich sent me a text message down the stretch, leaving me with tears of joy tinged with incredulity.  He wrote that he had stopped all treatment of the cancer, was under hospice care and resting at his home in Lafayette.  His family was assembling to embrace the moment.  Here’s exactly how he finished the text:

That drove me back to the little “Life is good” book that I keep at the Jersey Shore, its cover adorned with the smiling stick figure in his French beret. In tribute to Rich and some of his final thoughts, ponder these words of wisdom from “Life is good”:

Optimism can take you anywhere.

Everything is a once in a lifetime experience.

Remember, the music is not in the guitar.

The little things in life are the big things.

We will never know all the good a simple smile can do.

5 Responses to LIFE IS GOOD